In honor of Black History Month, we are starting a new monthly content series amplifying BIPOC inventors. One of Ditto’s core values is that we are inventors.  We go beyond what customers say they want to invent the future. We push what’s possible and dare to be first.

This month we are drawing inspiration from Patricia Bath, an American ophthalmologist, inventor, humanitarian, and academic who invented laser cataract surgery.

Patricia is the inventor of Patent no. 4,744,360, outlining the method of removing cataract lenses by using a laser device called the Laserphaco Probe. Patented in 1988, the probe was designed to utilize the power of a laser to quickly and painlessly vaporize cataracts from patients’ eyes. This replaced the more common method of the time, in which they would use a grinding, drill-like device to remove any afflictions. With this invention, Bath was able to restore sight to individuals who had been sight-less for over 30 years.

Patricia is a world-renowned scientist and has lectured internally and authored over 100 papers. She was a true pioneer in the industry and has many “firsts” including:

Patricia holds five patents. She was also forward-thinking in her advocacy for telemedicine. At various points in her career, she served as a professor of ophthalmology at Howard University’s School of Medicine and as a professor of telemedicine and ophthalmology at St. Georges University ophthalmology training program. She supported the innovation of virtual labs, as a part of the curriculum in ophthalmology residency training programs, to provide surgeons with more realistic experience, made possible by 3D imaging. In an article written by Dr. Bath, in the Journal of Cataract and Refractive Surgery, she had proven that with better training and supervision in residency programs, students were able to achieve better results in their surgeries, leading to greater visual acuity.

Patricia also made incredible contributions to Black and underserved communities.  Based on her observations at Harlem Hospital, Bath published the first scientific paper showing the higher prevalence of blindness among Blacks. Bath also found that African American people had eight times higher prevalence of glaucoma as a cause of blindness. Based on her research, she pioneered the worldwide discipline of “community ophthalmology” in 1976 after observations of epidemics rates of preventable blindness among under-served populations in urban areas in the US as well as under-served populations in “third-world” countries. Community ophthalmology was described as a new discipline in medicine promoting eye health and blindness prevention through programs utilizing methodologies of public health, community medicine and ophthalmology to bring necessary eye care to underserved populations.

Bath’s main humanitarian efforts can be seen through her work at The American Institute for the Prevention of Blindness which she cofounded in 1976 with Alfred Cannon, an American psychiatrist and community organizer, and Aaron Ifekwunigwe, a Nigerian-born pediatrician and human rights advocate. This organization was created on the principle that “eyesight was a basic human right.” Through this organization, Bath was able to spread eye care throughout the globe by providing newborns with free eye drops, vitamins for malnourishment, and vaccinations against diseases that can cause blindness, like measles. Bath was able to spend her time as director traveling the world performing surgeries, teaching, and lecturing at colleges. Bath claims her “personal best moment” was while she was in North Africa and using keratoprosthesis, was able to restore the sight of a woman who was blind for over 30 years.

Patricia has won many awards including the 2017 Time Magazine: Firsts: Women Who Are Changing the World”. She was also recognized for her philanthropic work in the field of ophthalmology by President Barack Obama. In 2009, she was on stage with President Obama and was put on his commission for digital accessibility to blind children.

Patricia Bath is an absolute legend. Her technical breakthroughs and humanitarian impact are incredible sources of inspiration. 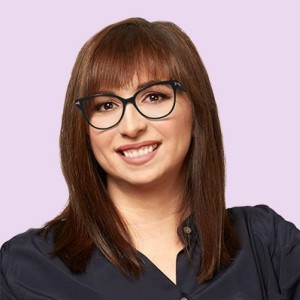 I started Ditto over nine years ago. It’s been one hell of an entrepreneurial journey thus far - battling patent trolls, the ups and downs of finding product-market fit, launching an eComm site for glasses and pivoting that to a subscription business before selling it, focusing on our technology business, almost going bankrupt a few times, traveling the world to partner with retailers and brands globally, actually learning about eyewear, cofounder transitions, and now focusing on growth and building an amazing team. It’s been nuts at times, but I feel I was born to be an entrepreneur. I am so proud of what we’ve built both in terms of our products and our culture. We are on a mission to make eyewear accessible and personal.
Share on linkedin
Share
Share on twitter
Tweet
Share on facebook
Share
Share on email
Send

Try the Demo
Get in Touch

Latest in the Ditto Blog

A Decade in Review: 3 key takeaways from my 10 Years at Ditto